Malta Enterprise on delegation in Oman 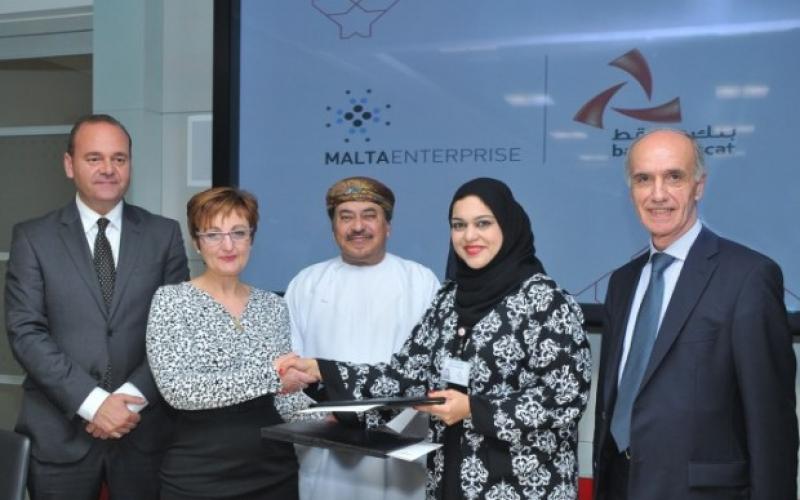 Malta Enterprise is actively participating on a business delegation in Oman with the intention of promoting investment from and towards Malta in Middle-Eastern markets. The delegation is headed by the Minister for Economy, Investment and Small Business, Hon. Chris Cardona.

Signaling a major thrust for Oman-Malta trade and investment co-operation, a Memorandum of Understanding (MoU) has been signed between Malta Enterprise and Bank Muscat, the leading financial services provider in Oman, for setting up a Business Forum for SMEs. The MoU was signed by Marika Tonna, Chief Operating Officer of Malta Enterprise, and Ilham Al Hamiad, AGM – SME Credit, Marketing & Regional Corporates of Bank Muscat.

Earlier this year, Bank Muscat led a successful Omani business delegation to Malta to explore investment and trade opportunities between the two countries. During the visit, the delegation comprising representatives from key sectors met Prime Minister Joseph Muscat, the Governor of the Central Bank of Malta and high-level officials of a number of Maltese public and private entities.

The delegates then visited the National Business Centre (NBC) at KOM, where they were introduced to the vision of NBC, which is recognised as a milestone project for entrepreneurs acting as a premier platform for developing and supporting Omani entrepreneurs. NBC provides physical facilities and value added services, capitalises on linkages with industrial areas, and targets budding entrepreneurs.

Minister Cardona also met with Fuad bin Jaafar al Sajwani, Minister of Agriculture and Fisheries. During the meeting, the two sides discussed bilateral relations between the two countries and cooperation in the fields of agriculture and livestock.