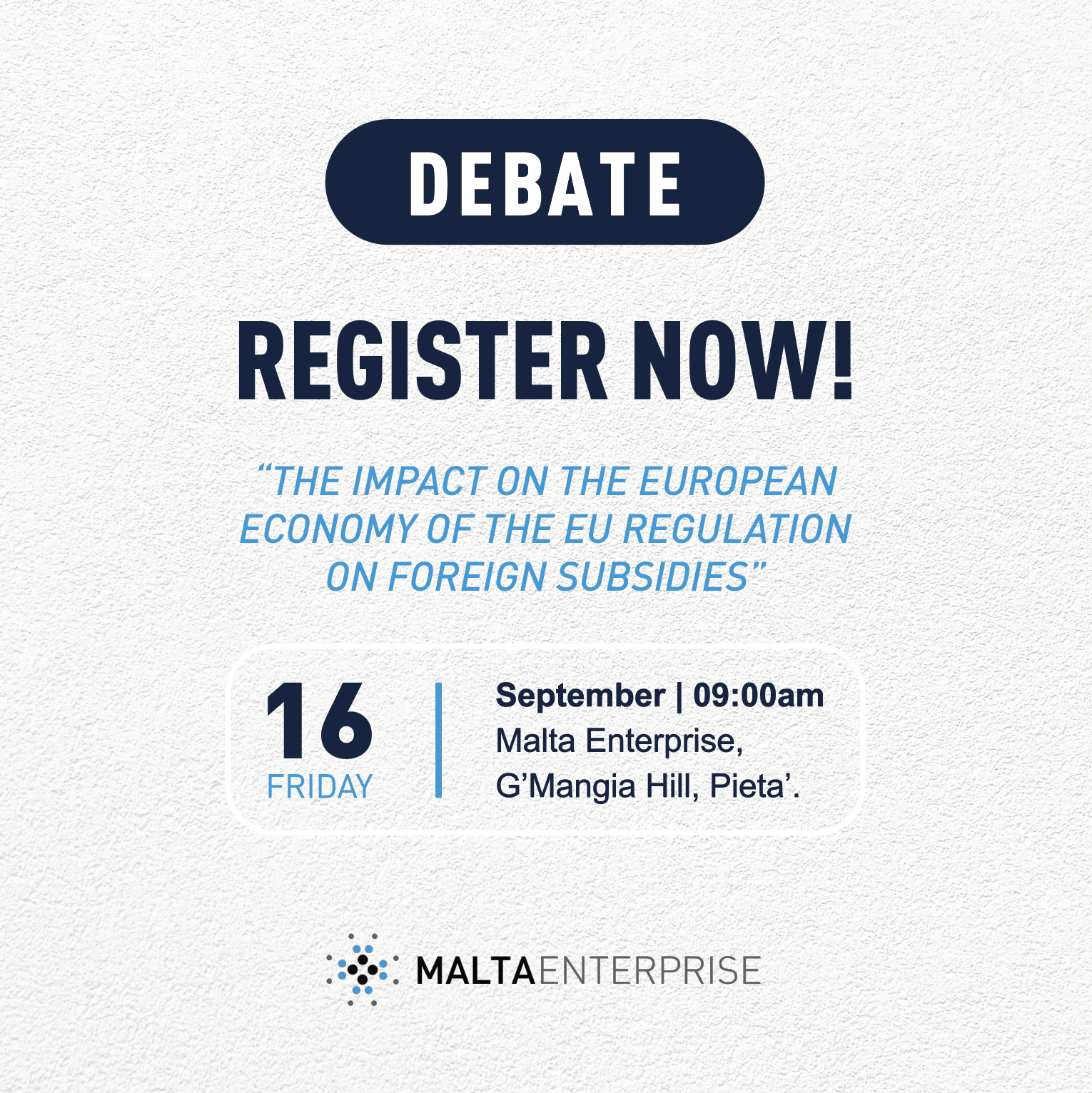 The event; The Impact on the European economy of the EU Regulation on Foreign Subsidies, will be presided over by Minister for Environment, Energy and Enterprise Miriam Dalli and Malta Enterprise CEO Kurt Farrugia. The panel discussion will see the participation of Eddy De Smijter, from the European Commission’s DG Competition, MEP Dr Alfred Sant, the Malta Chamber President Marisa Xuereb among others. The full agenda is found below.

The Foreign Subsidies Dossier aims to address distortions created by subsidies granted by non-EU governments to companies who are operating in the EU’s single market. The Regulation establishes a framework which will allow the European Commission to investigate, monitor and remedy to these instances.

The event will consist of a debate based on the practical implementation and potential outcomes of the Foreign Subsidies Dossier. The discussions will aim to address questions and concerns regarding the dossier, amongst which the prevalence of a level playing-field in the EU’s internal market, the potential impact on the EU’s attractiveness for FDI and how the dossier was perceived by non-EU countries.

This event is being organised as part of a series of discussions designed by the EU Affairs Unit at Malta Enterprise to keep the industry and stakeholders abreast on leading EU dossiers.  Interested stakeholders should send an email on [email protected] to register participation.