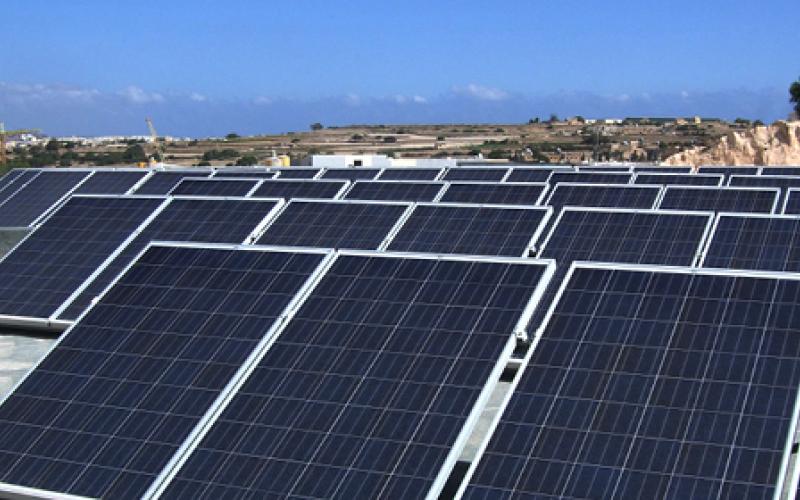 Malta Enterprise is establishing a list of suppliers of photovoltaic systems that may be eligible for part-financing through a new scheme aimed at helping local enterprises invest in solar energy. This scheme is due to be launched in the coming weeks.

Through this ERDF Solar Energy scheme, which is co-financed through the European Regional Development Fund, eligible enterprises may receive a grant to part-finance the installation of PV systems. This would help them generate energy from renewable energy sources and reduce their dependency on fossil fuels.

The PV systems will have to be purchased from one of the suppliers on the list, with only the approved systems being considered for financing under this scheme.

Enterprises whose principal business activity is Renewable Energy Sources (RES) are thus being invited to submit their application to be considered for inclusion on the list of pre-selected suppliers.

Each supplier wishing to be included in the list may submit two PV systems, providing the specifications of both the PV panels and solar inverters in each case.

Suppliers and PV systems must satisfy a number of criteria – which may be viewed online at www.maltaenterprise.com/solar – in order to be considered for inclusion in the list of pre-selected suppliers.

Applications together with all the related documentation have to be submitted at Malta Enterprise by June 14th, 2013.

Following an evaluation of the applications submitted, Malta Enterprise will then proceed to finalise the list of pre-selected suppliers before eventually opening the Call for Applications for enterprises to benefit from the ERDF Solar Energy scheme.

For further information contact Malta Enterprise on 2542 0000 or via email on erdf.solar@maltaenterprise.com.