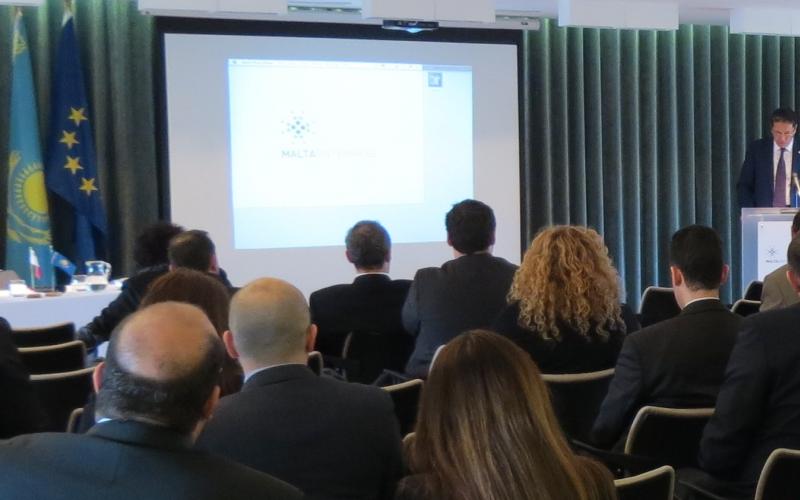 Over 30 local entrepreneurs had the chance to learn more about the business environment in Kazakhstan and the business opportunities that the country offers both in terms of trade and investment during a business seminar organised by Malta Enterprise.

Kazakhstan's Ambassador to Malta H.E. Mr Andrian Yelemessov, who delivered the keynote speech during the business seminar, outlined the fiscal and financial incentives that the country offers to facilitate trade and investment.

Mr Yelemessov made particular reference to the recent announcement that Kazakhstan's capital city Astana will be hosting EXPO 2017 and invited Maltese businesses to avail themselves of the wide range of opportunities that the organisation of such a major event provides.

Amongst others, he noted that the authorities are planning on budgeting €250million for the development of infrastructure and communications, while further investment will also be required for the construction of pavilions, hotels, and entertainment centres.

On a general level, Mr Yelemessov said that Kazakhstan has witnessed a radical transformation since its Independence from the former Soviet Union and is nowadays among the economic leaders in Central Asia. He added that in its strategy, the country has the aim of becoming one of the 30 most developed countries in the world by 2050.

Commenting on the relationship between Malta and Kazakhstan, Mr Yelemessov said the two countries enjoyed excellent bilateral relations, albeit the commercial relationship had scope for further growth particularly in terms of trade, which was somewhat limited in recent years.

Citing the lack of information as one of the possible reasons behind the low level of business between the two countries, Mr Yelemessov augured that the opening of the Embassy Office and the appointment of an Honorary Consul in Malta during the past year would lead to an increased collaboration.